Microsoft and Amazon are not short of ambition. Here is how Sayed Hashish, Regional General Manager, Microsoft Gulf described the new regions:

“These new cloud regions in the UAE are the dawn of a new era, driving digital transformation, economic growth and job creation.”

SpeedChecker analysed measurements collected from over 50,000 latency tests taken during business hours for one day in August 2019. This is how the samples were collected:

Our tests are designed to accurately measure the latency experienced by the user at the time of test. We further analyse the results to remove any tests that fail our quality control including where there is some anomaly in the result that makes it unreliable.

Looking at the mean latency from all our results in the Middle East shows that connections to Cloudflare and Digital Ocean provide the lowest latency. It is to be expected that Cloudflare would do well because they have data centres in all of the countries in our report except for Palestine. The second fastest (Digital Ocean – EU) is some 35% slower than Cloudflare. 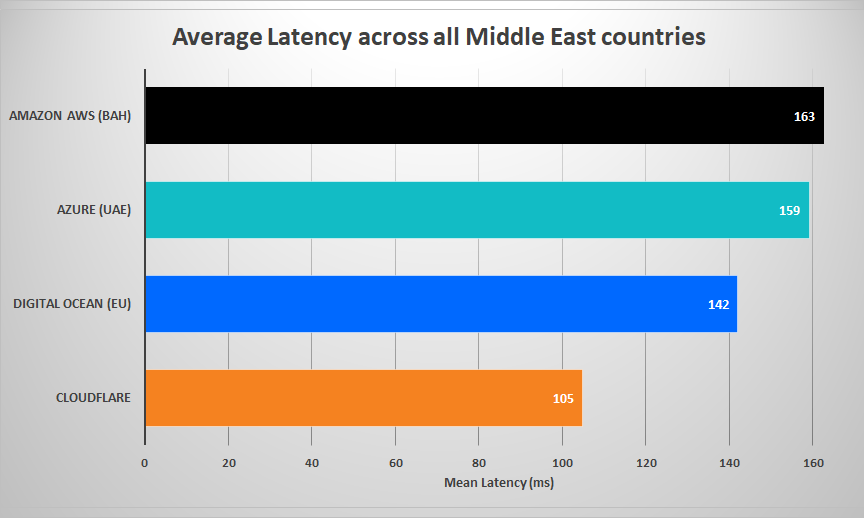 The chart below compares the latency from each country to each of the four data centres. Amazon and Azure do best in Bahrain and UAE (their host countries) but there is little difference in the other countries. Cloudflare produce some good results in Bahrain, Turkey and Qatar. 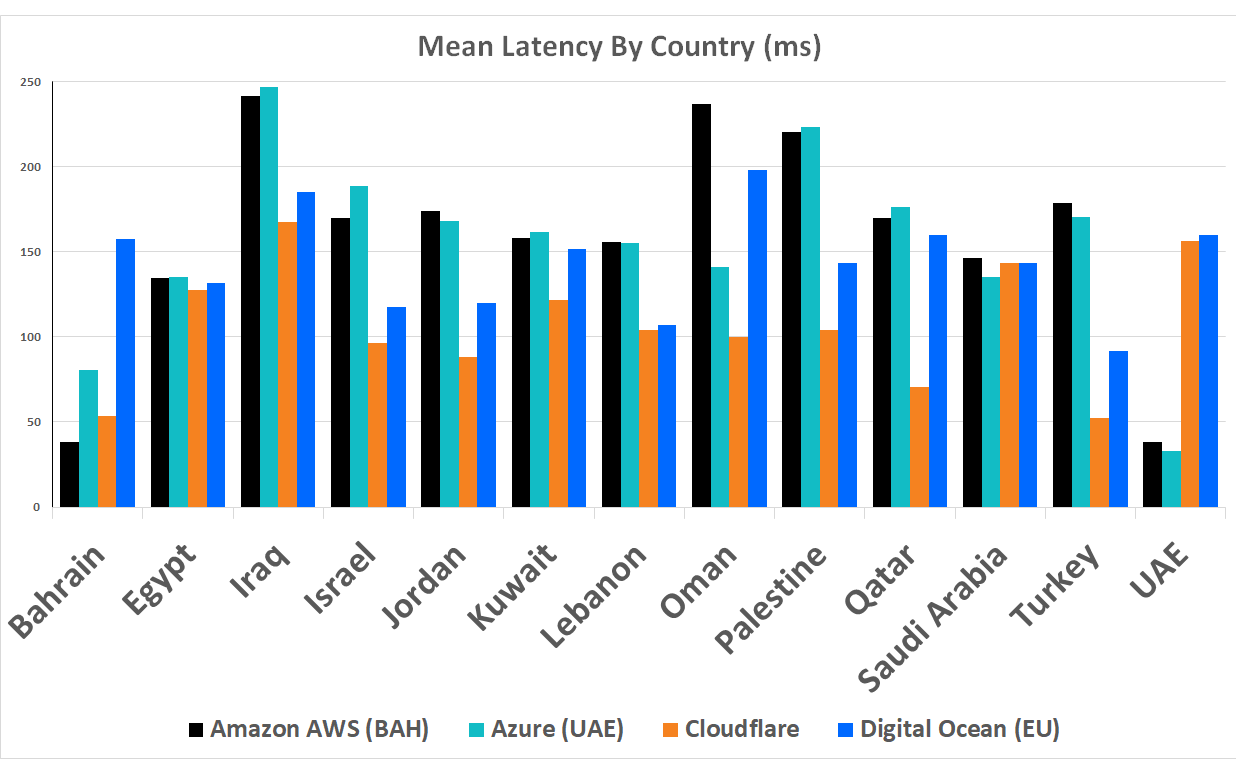 In this chart we compare latencies to the data centres from the United Arab Emirates, Bahrain and other countries (excluding UAE and Bahrain). Not surprisingly we see that UAE and Bahrain get the best results from Azure and AWS data centres located in their countries. What is striking is that UAE gets a very similar performance from the AWS server in Bahrain as it does from its local Azure server.

We also see that other countries gain little from the new data centres with average latency being slower to AWS and Azure than to Cloudflare or even the Digital Ocean EU data centres. 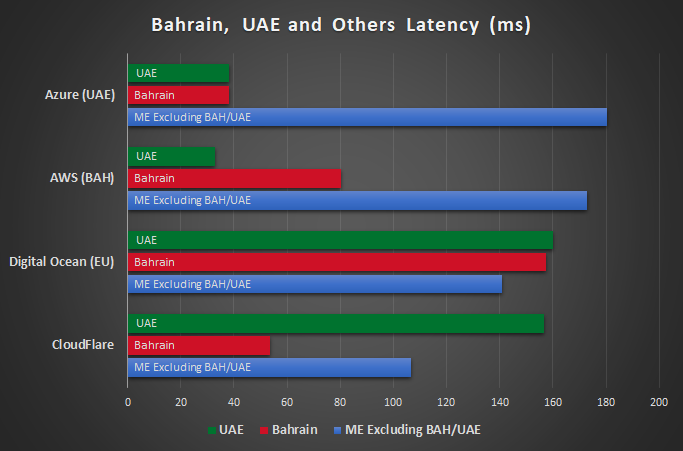 If latency and network performance is critical for your business in the Middle East, you have to carefully decide which cloud to choose. As indicated in this post there are some staggering differences between latencies to Azure and AWS clouds depending on the countries your users are from. If your business caters to Bahrain or UAE, you cannot go wrong by picking any of the two platforms. However, if you expect decent latencies across the whole Middle East, you should consider using CDNs such as Cloudflare or Akamai which have a good footprint in the region with good connections across the majority of the countries.

The new AWS and Azure data centres are still, unfortunately, not well connected beyond Bahrain and UAE and, as you can see from our data, the latencies are similar to those you would expect by hosting your content in Europe. This could well change and perhaps quite soon and we will continue to monitor performance and report on any improvements.