Saudi Arabia has confirmed that nearly 2.5 million pilgrims performed the major Islamic pilgrimage to the holy city of Mecca this year. This puts a strain on the city’s infrastructure and we have looked at how the MNOs coped with the increased demand for Internet access and compared the results with 2018.

We compare the download and upload speeds of the STC, Mobily and Zain on cellular networks between 8th and 15th August 2019 with each other and with their performance in 2018.

For Hajj last year (2018) the King Salman bin Abdulaziz and Crown Prince Mohammed bin Salman issued a directive “to do everything possible to make it easy for pilgrims to perform the rituals of Hajj”. The initiative’s objective was to allow pilgrims to communicate with their families and enable them to access the digital services available in the Smart Hajj initiative. This was a great success as seen in our report from last year. In this report we see that this has continued for 2019 and look forward to 2020.

We analysed cellular data collected from over 50,000 speed tests taken between 8th and 15th August 2019. This data was restricted to include only data that was:

Our speed tests are designed to accurately measure the speed experienced by the user at the time of test. We further analyse the results to remove any tests that fail our quality control including where there is some anomaly in the result that makes it unreliable.

We chose to limit to cellular because this is the type of connection most likely to be used by visitors as well as local residents and therefore more likely to be impacted by the surge in demand during Hajj.

The top 3 MNOs (STC, Mobily and Zain) were chosen because they account for almost all connections in Mecca.

Speedchecker collected the data used in this report using the crowd sourced data samples collected in the field on mobile devices. During the time the data collection took place, Speedchecker received over 80,000 data samples and the included statistics and analysis are based on this dataset.

It was important for us to not only measure the real speeds as experienced by the user but also to ensure that we measured to the same points to ensure a fair comparison. For this we included only measurements to servers in Europe. Read the following section “Choice of measurement server” for more about this method.

Every measurement methodology differs in the selection of measured server infrastructure. Some methodologies focus on on-net servers hosted in telecom premises and others focus off-net. Speedchecker believes off-net servers’ measurements are representing real user experience better than on-net as most of the content accessible by end users lies off-net. Most of the content these days is hosted on CDN networks and the best way to measure most relevant download metrics is to choose popular CDN networks. However, as we learned in our March 2019 Middle East Speed Rank report, not all ISPs and MNOs connect to CDNs directly (or peer) and that has major implications on performance.

Our analysis in March shows that 68% of results from Saudi Arabia were routed via European servers. The results in this report are therefore based on results using European servers to ensure meaningful comparisons. We found no significant difference in performance between the MNOs based on which particular EU servers were being used. It is acknowledged that MNOs that use more local servers may achieve faster results (up to 30% faster than EU servers) based on our March 2019 report, giving a potential margin of error of around 10%. 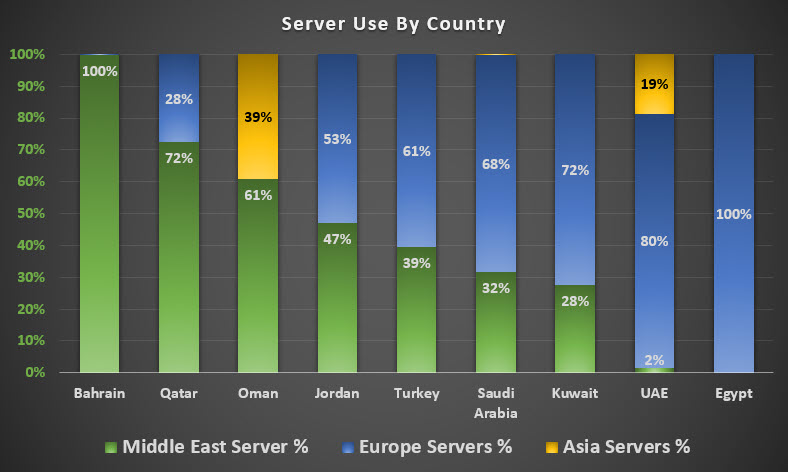 We saw last year that speeds improved not only during Hajj but also that there was a residual benefit that was sustained afterwards. We were curious to see what speeds were achieved 12 months later and found speed improvements of between 20 and 100%.

From over 50,000 results we see that there has been an incredible increase in average download speeds of over 70%. Mobily were by far the most improved with their average speed more than double that of Hajj 2018. This gives them an overall average download 1.2 Mbps faster than STC and nearly double that of Zain. Zain should be given credit for a nearly 50% improvement which, in normal circumstances, would have been more noteworthy. 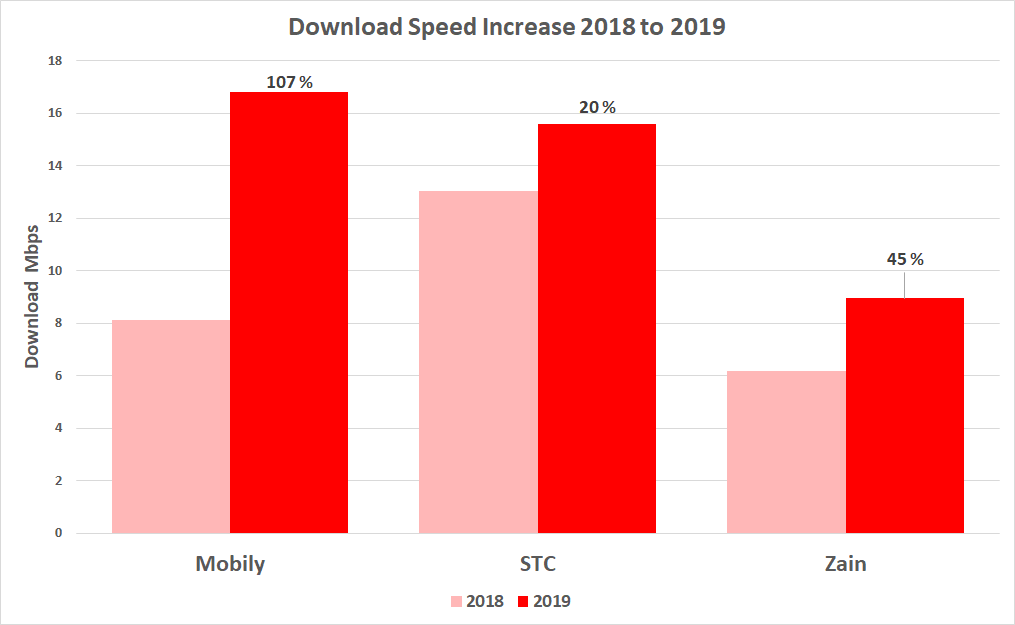 2019 Results for Mobily, STC and Zain 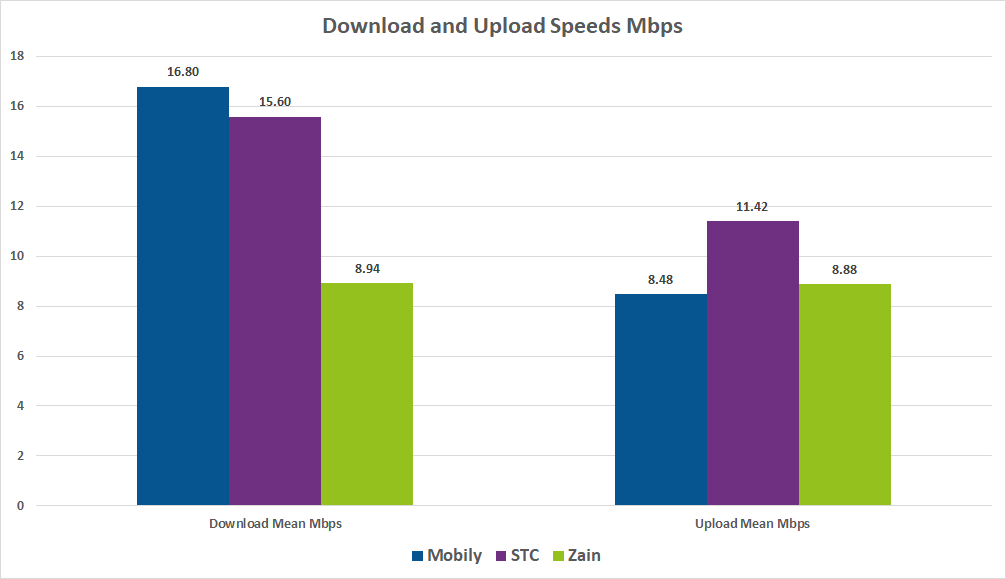 There is good news for all customers with all three MNOs out-performing their 2018 results. Clearly Mobily have excelled and I suspect this has been helped by their partnership with Ericsson that started in 2018:

Eng. Ahmed Aboudoma, Mobily Chief Executive Officer, Mobily, says: “This agreement with Ericsson is in line with the Saudi Vision 2030 and its objectives that fall within developing the Telecom and IT sector, in addition to preparing best-provided services to customers that comply with its new strategy ‘RISE.’ This includes a concept that raises the level of provided services to customers by using the latest telecom technologies.” [source: Ericsson]

Mobily have also teamed up with Huawei to upgrade its infrastructure towards 5G. This may not have had time to account for the improvement we have seen in 2019 but should help to deliver more improvement in 2020. STC are also upgrading to 5G with help from Nokia as well as Huawei [source: RCR Wireless ].

Once again, Mecca excels at delivering excellent communications as it copes with the huge demand of Hajj.